In hopes of viewing the Leonid Meteor Shower, I parked myself at the south end of Joshua Tree National Park, the area with the least amount of light pollution.  Unfortunately, the half moon was just too bright to see anything but a few faint streaks.  All the same, I did enjoy my time in the park.

I explored the Pinnacles National Monument from November 13th through the 14th, staying at the campground at the park's east entrance. I arrived early enough to mosey around the east side of the park.  Near the campground is a condor viewing area, complete with telescope. I saw a pair soaring high above the canyon's sheer walls … very impressive. At dusk I returned to my campsite, parked the car and set up for the night. Then a neighbor's dog scared a flock of partridges into the large oaks above my car … they reminded me of our chickens as they argued amongst themselves for the best roosting spots. As you might expect, my car emerged the next morning “decorated” from above.

I got up before sun rise the next morning to hike and watch the sun slowly highlight The Pinnacles from the Condor Gulch Trail … amazing views.


I loved the many color and textures of rocks with moss and lichen on the Condor Gulch Trail.﻿ 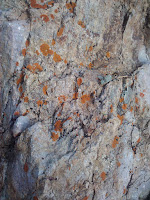 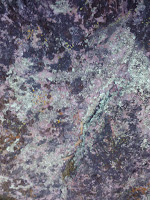 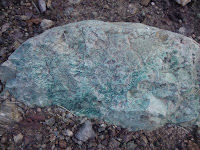 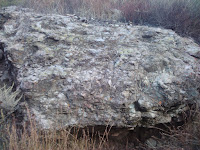 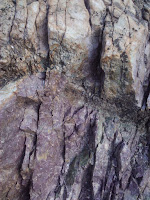 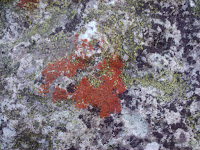 On my travels from my home base in Washington State to see brothers and cousins in Southern California, I made a stop to explore Whiskeytown National Recreation Area. It is just west of Redding, CA.

Good thing that Redding has a Toyota Dealership because my check-engine light came on about 85 miles north. Come to find out it was a sensor that either could be replaced or cleaned. I opted for the less expensive cleaning option and that fixed the problem. Yeah! I'm so thankful that it wasn't anything any worse.

After leaving the dealer I arrived at the Whiskeytown Visitor Center just before closing to get a camp site. It was in the Peltier Bridge Campground on the Clear Creek. If you like more primitive camping where you have to carry your own water, then I highly recommend this place. The ground was carpeted with fallen leaves, large oaks towered above the picnic tables and gravel road, and the night sounds came out just as I was ready to climb into bed.
When I'm camping, I go to bed with the sun and wake up with the sun. Very much unlike when I'm in the company of electrified lighting.

With the sunrise came the sounds of a distant flock of turkeys, the chilled morning air, and shafts of light filtering through the oaks. I love the quiet mixed with the sounds of water and those small woodland animals scurrying and chirping while making their way in the woods.

I stayed at that same campsite two nights in a row.

The centerpiece of this National Recreation Area is the Whiskeytown Lake created by a Dam. I've never seen a spillway such as they have at this dam. It's called the Glory Hole. It's literally a gigantic cement hole that, which when the lake level reaches the top, water spills into this big hole and down into large pipes destined for Clear Creek (up the creek from where I was camped).

Also, they've added curtains that hang down into the water, hundreds of feet, on both the inlet and outlet sides of the lake to force the colder water to the bottom. These curtains keep the colder water from mixing with the sun-warmed water at the top. This is all to support the salmon population which require the colder water temperatures to survive -- a clever solution.

On the north side of the lake is a nice 4-lane highway. But, I enjoyed the maintained gravel road on the south side of the lake. The slower pace highlighted the wonderful vistas, autumn colors that matched the golds and reds of the surrounding rocks and dirt. A true highlight of this trip.

In addition to the natural wonders, Whiskeytown NRA has also preserved some human history surrounding the areas gold rush. I went on the Camden Water Ditch hike that loops around a gold-rush-era farmstead, complete with house, barn, tenat's home, and graveyard. Although I was told of black bear in the area, I saw none. But, I did see plenty of sign ... scat with apples seeds from the old orchard.

I hope to go back to Whiskeytown again!

I travel and camp out of a Toyota Prius. I'm a full-time nomad, but was part-time from 2009-2016 while married. I adore being in nature, driving back roads, and exploring local cultures & geology. I can't imagine a more wonderful life.
In March 2020, I got a passenger van so that I could stand up and cook inside, and tow my cargo trailer. I'm getting it ready to move into.
Mid-2018, I exited a 10-year retirement to take the Executive Director position of Homes On Wheels Alliance (HOWA), a new 501(c)3 charitable organization. In late 2018, I changed my residency from Washington to Nevada, where HOWA incorporated.

Currently I spend winters in the Desert SW, late spring in the Pacific NW, and the rest of the year at beautiful places in pleasant weather. Typically I travel with my HOWA colleagues and friends who are also full-time nomads.
I rarely blog anymore. But still hear from readers that SuanneOnline continues to be appreciated and enjoyed.
If you'd like details about how I live out of my car, see the links directly below.
updated 4/7/19